Lieutenant Navy Delphine Bonnardot participated in the 2018 Peace and War Summit held on September 17 and 18, 2018 at the Peace & War Center at Norwich University in the United States.

The central theme of the 2018 Summit was the nuclear/North Korean missile issue, a matter of paramount importance to peace and stability in the United States and the East Asia region.

The two-day programme included a speech by South Korean consul General Yonghyon Kim on the current status of the nuclear/missile issue in North Korea as well as panels of expert groups representing the United States, China, Japan and Korea South bringing to light the contemporary knowledge about North Korea.

Krakow’s enchanting stary miasto (old city), at one of central Europe’s oldest universities Jagiellonian (where Copernicus conducted his work), played host to the 2nd Jagiellonian Interdisciplinary Security Conference “Friends, Foes and Familiar Strangers: Reassessing Actorness in Times of the Global (Dis)Order”, 17-19 September. The central theme of the conference was ‘actorness’ and how agency is important within the contemporary security environment.

Dr. Christopher Coker of the London School of Economics provided an opening keynote address about future warfare and the impending implications of advances within artificial intelligence technologies. Coker provided multiple examples of the frightening pace of technology and the capabilities which are becoming available. For example, AI in some ways has agency and has also created new human-technological enmeshment. How such future military uses play out, what these changes mean for warfare and for those acting within it are, of course, unknown, but Coker implored not to neglect the emerging moral and ethical questions of critical importance.

Panel sessions followed on diverse security themes relating to European security, the changing global order, peacekeeping and peace-building, international law, military cooperation, intelligence and the constructedness of security. Overall, the diverse international participation of the conference was fruitful for understanding different the evolving security perspectives of policy and practitioners and diverse academic communities. Particularly interesting were variations within conceptions of threat, risk and resultant national strategies to deal change and uncertainty with our complex era.

Robert Lummack of Royal Military College Saint-Jean and doctoral candidate at the University of Ottawa presented upon the utility of complexity theory in interpreting complex global realities, specifically the presence or potential presence of multiple actors within conflict spaces. His paper examined how warfare could be interpreted as cycles of adaptation and emergence between the Nigerian state and Boko Haram within the complex space of Northern Nigeria and the broader region. Part of the paper carried an implicit argument advocating the use of complexity metaphors through which to understand contemporary conflict. The utility of this approach is that an ontological focus upon complex adaptive systems can take multiple forms. Further, that it can exist as a middle ground within the structure-agency problem, as complex adaptive systems can have agentic properties while being connected within and influenced by the constraints of structure.

Marc Imbeault and Ian Parenteau will participate in the 4th edition of the Forum St-Laurent on International Security which will take place on May 3 and 4, 2018 at the Hyatt Regency Hotel in Montréal. The theme of this event is “Désoccidentalisé, désordonné, désinformé: où est la sécurité internationale en 2018?”. It is the result of an innovative cooperation between the Chaire Raoul-Dandurand et les études stratégiques et diplomatiques de l’UQAM, the Centre d’études et de recherches internationales de l’Université de Montréal (CERIUM), and the Hautes études internationales l’Université Laval (HEI), the Forum St-Laurent on International Security to promote high-level exchanges and contribute to the influence of Québec and Canada in the field of Francophone strategic thinking.

Ian Parenteau will participate, in the name of the ICSPA and RMC Saint-Jean, in the next edition of the International Military and Academic Forum (iMAF) to be held at the National University of Public Service (Nemzeti Közszolgálati Egyetem (NUPS)) in Budapest, Hungary, on 18-21 June 2018. This year’s Military Academic Forum is to Manage Future Threats and Challenges in Basic Officer Education. The participants should elaborate education and training possibilities in order to discover and implement answers to new threats and challenges into the basic military education.

ICSPA will contribute to the symposium Défis et enjeux de l’après-guerre au Québec (1918-1919) which will be held at the Royal Military College Saint-Jean on 9-10 Novembre 2018.

As a follow-up to the symposium on Québec and the war organized at the Royal Military College Saint-Jean in the fall of 2014 and which focused on the effects of Canada’s involvement in the First World War in Québec, this second scientific meeting will focus on the end of hostilities and the effects of the end of the war in Québec. The Armistice of November 11, 1918, then the signing of the Treaty of Versailles on June 28, 1919, put an end to Canada five exceptional years during which the federal government adopted a “totalizing” approach to the mobilization of the whole Canadian society. How did we experience this “return to normal” in Québec? What were implications of the end of the fighting and the end of the war for Québec and its inhabitants?

Saint Paul University together with the Canadian Forces College’s Centre for National Security Studies, the International Centre for the Study of the Profession of Arms (ICSPA) and the Royal Military College Saint-Jean, the Center for International Policy Studies, and the Mapping and Charting Establishment are proud to present “Innovation Methodologies for Defence Challenges: Towards Practical Strategies.” Held at Saint Paul University in Ottawa from 30 Jan to 1 Feb 2018, the Conference brought together some of the most distinguished defence practitioners, innovation specialists and scholars in the field coming from several NATO countries and partners (see working programme above).

Aligned with the Canadian Defence Policy Strong, Secure and Engaged (SSE), this event aimed primarily at facilitating exchanges of experiences in using innovation methodologies in practice and at formalizing a network of professionals who are interested in innovation, doctrine development and defence planning. The secondary aim was to leverage this network to envision ambitious practical deliverables for defence practitioners as well as research deliverables. 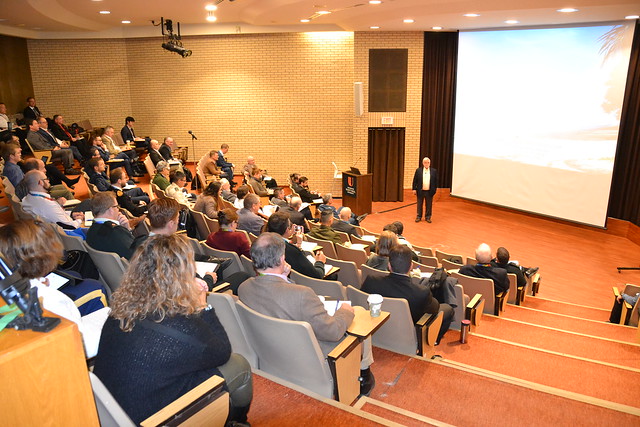 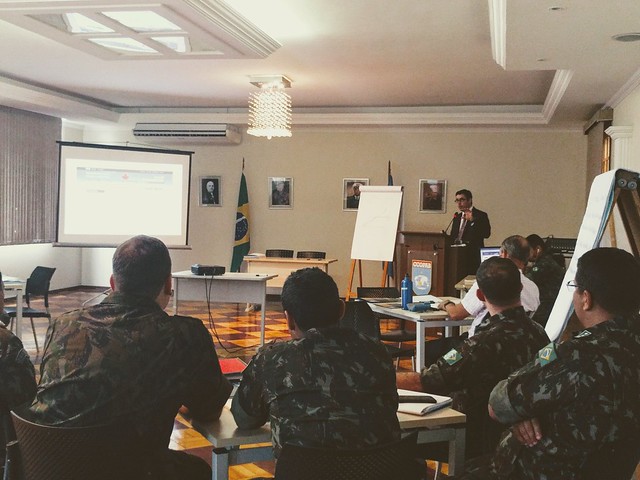 ICSPA organized the Symposium on Diversity and Inclusion in the Armed Forces and the Police Forces
Royal Military College Saint-Jean, Saint-Jean-sur-Richelieu, Quebec
November 17, 2017

The issue of diversity within the armed forces and police corps is a current concern, particularly in liberal societies. To ensure greater representation and thus conformance with the egalitarian ideal of liberalism, many want the composition of the workforce to be a more accurate reflection of the demographic profile of the population. To this end, the police and armed forces have taken steps to promote equity and inclusion among their ranks.

This one-day symposium proposed to reflect on the following three themes:

The aim of this symposium was to build bridges between research and practice in order to allow a grasp of the issue of diversity, which is not only practical but also conceptual and guided by philosophical and political reflection, in order to better understand how difference and inclusion are articulated in the concrete reality and how they contribute to the success of operations. 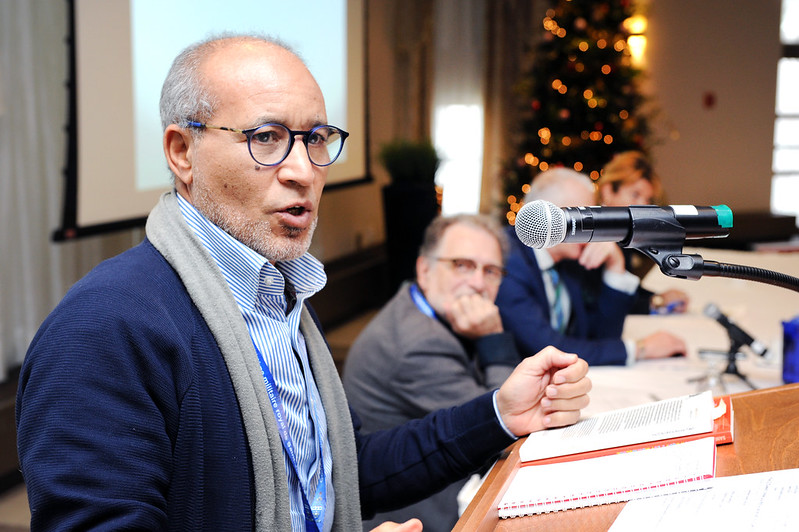 Share on FacebookShare on TwitterShare on LinkedinShare on Google+